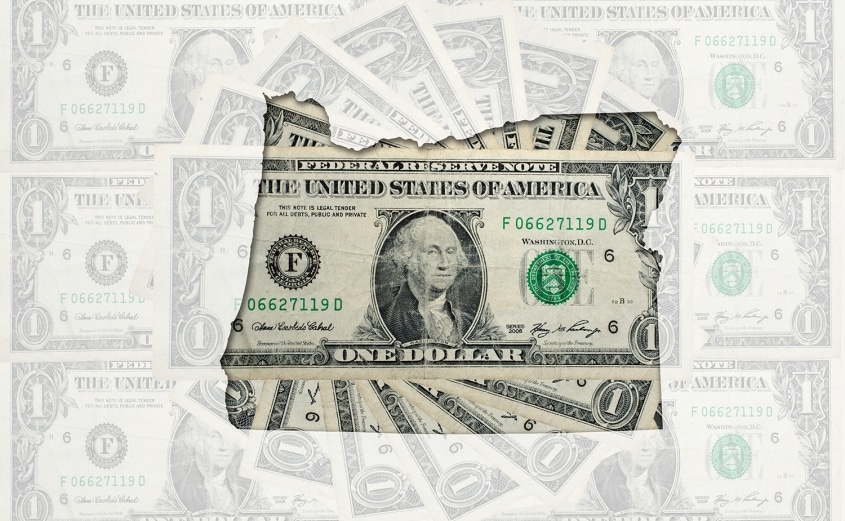 Prior to the Revenue Forecast, which was released to the public this past Wednesday, Oregon Legislators and Governor Brown were staring down a budget shortfall of unknown proportions. In preparation for the Revenue Forecast, and to shore up potential budget holes before the end of the year, Governor Brown asked every agency to put together recommendations for large cuts across the board.

Now that the budget forecast has been released, we know that there is an estimated $2.698 billion shortfall for the 2019-2021 biennium, as shortfalls in the next two biennia that total $4.384 billion and $3.381 billion, respectively.

However, the Revenue Forecast was not all bad news. We know agencies have a positive ending fund balance that when added together totals about $1 billion. We also have about $1.586 billion held in the State’s “Rainy Day Fund.”

Even with the ending balance budget, and the large reserves that Oregon carries, we may still be short on shoring up the budget, meaning that agencies will most likely have to make cuts. Last week, the Oregon Health Authority (OHA) told Coordinated Care Organizations (CCOs) that in their worst case scenario, there could be up to a 2.38% cut to the Oregon Health Plan (OHP) funding.

While 2.38% certainly does not feel like a big number, it gets much larger when you begin considering the high federal match that Medicaid dollars bring in from the federal government. If we include the match dollars in that percentage, the cuts for OHP will look more like 6%. Last year, CCO budgets totaled $6 billion dollars. If this 2.38% cut is instituted, the Oregon Health Plan will lose $142.8 million dollars, and Oregonians will lose $360 million dollars in vital health and health related services.

While we recognize the difficult position our State Legislature and Governor are in with deciding how to balance the budget, we believe that continuing to preserve the federal match dollars we receive through our Medicaid program will enable our state to recover economically, while still allowing Oregonians access to vital programs.

At a time when we expect a surge of new enrollment due to job losses, the best way to support the health care safety net is by fully funding Oregon’s Medicaid program, the Oregon Health Plan.